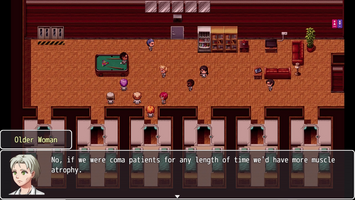 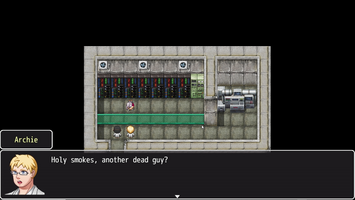 I started work on Let the World Burn (then titled Through the Cracks) about a year ago to get a handle on RPGMaker MV. Ultimately I decided that I'd rather focus on Unity development, so I stuck it in a drawer and forgot about it. The idea has stuck in the back of my head, though, so now I'm getting back to it.

I was tempted to rethink the game as an interactive fiction gamebook, but for now I'm continuing development as an RPG project. I left some pretty severe bugs in the game, so those'll have to be dealt with, but I've had some other new and interesting ideas as well. We'll see how it goes.

Updates will roll out to my supporters over on patreon first, and then to the public an iteration later. So supporters get v. 0.2 when it's done, and when they'll get 0.3, I'll provide a free release of 0.2.

Get Let the World Burn

Previously titled "Through the Cracks"